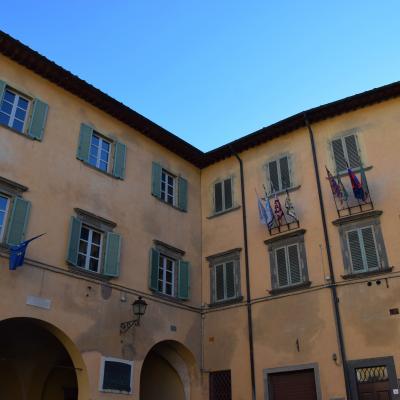 The Palace of the Podesta, or Pretorio Palace, is a two-story building bordering two sides with Piazza Vittorio Veneto. Its construction began in 1304, at the same time as the opening of the square, by the political institutions, that now needed larger and more decent public spaces. At the end of the 17th century the area was enlarged further by the demolition of the ancient Palace of the Chancellery that occupied part of the western side of the square.

Over time, the Pretorio palace has undergone repeated and profound structural and destination changes. In addition to being the residence of the Podesta, it was headquarters to the Royal Vicarage and, in the 18th century, housed the Theatre of the local Academy of Fecondi. It then underwent the transformation into a district penitentiary, in district court and, finally, before the last war, of the Carabinieri's (Military) Police. 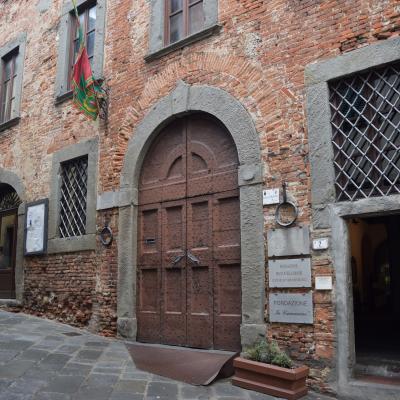 The palace owes its name to the "volta"(turn), as in the Middle Ages it was called this place, both for the wide curve that the road makes at this point and for the presence of a building used as a warehouse, called precisely "walled volta (turn)". Between the 13th and 14th centuries, the homes of the richest and most powerful families were located here in the centre of the castle, largely related to each other or linked by common interests.

It is likely that the palace arose in the sixteenth century for the union of the ancient pre-existing dwellings. On the brick facade there are still obvious signs of the combination of two different buildings: one, to the left, larger, where you can see traces of sharp arched windows that tower over the current ones and a second, to the right, narrower, where the Ancient windows are marked by arches at full.

The Palace, owned by the municipality, is located in Via G. di San Giorgio (street) No.2 and is now home to the Contrada Sant'Andrea and the Montanelli Bassi Foundation, which have promoted and carried out the restoration. 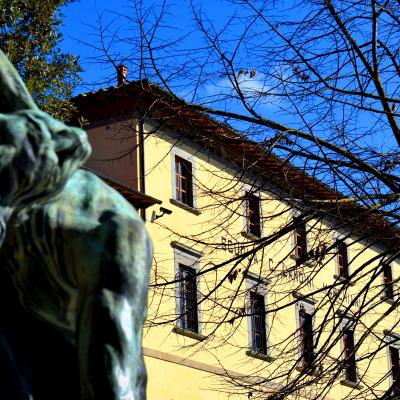 Examples of civil architecture between the 1500s and 1700s

Some buildings now owned and used by the public or private are also distinguished by their monumental architectural features. The structural and decorative appearance of these palaces puts them in connection with Tuscan models of Renaissance, classicist and baroque architecture. These are Nobile palaces built in the period from the 1500s to the 1700s, but which certainly arose on medieval building settlements.

Among the most stylistically relevant buildings is the Palazzo Nelli in Via Machiavelli, a minor, albeit refined, example of Tuscan baroque architecture. Presented on three floors with seven windows each, it has its own fulcrum in the portal surmounted by a balcony. The large side doors, the fine ornamental shelves, shells and small vegetable decorations are precisely from the late eighteenth century Florentine repertoire and give the facade, today unfortunately degraded and devoid of plaster, a particularly ornate character.

A similar example of architecture is the Montanelli Ducci palace in Via Lamarmora, now headquarters of the Municipality of Fucecchio. The Main Entrance and the above glass door, with their strong vertical development, interrupt the series of large stone windows arranged on three floors with curved and broken gables, adorned with shelves, shells and plant elements. Particularly effective are the decorations with masks of mannerist ancestry. On the whole, the plastered facade shows a sensitive luminist animation.

Designed just before the middle of the 18th century by the engineer Angelo Mascagni and located in the street of the same name, the palace has a facade with three rows of windows and a central door topped with balcony and glass door. The linear profile of the openings and the more subdued decoration attest to their placement in the period of the first classicism. 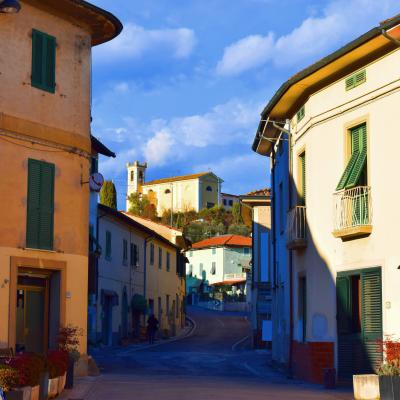 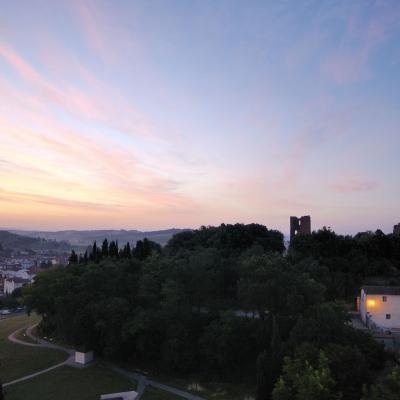 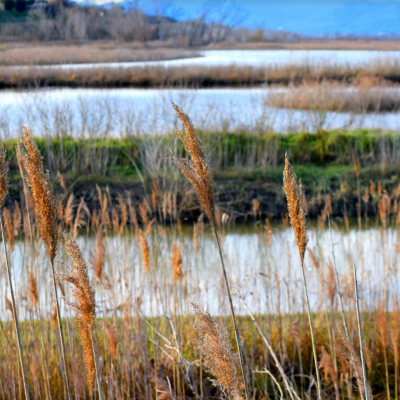 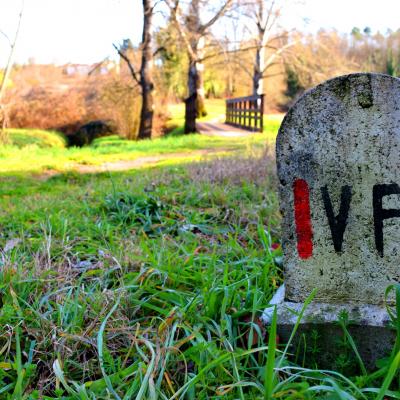 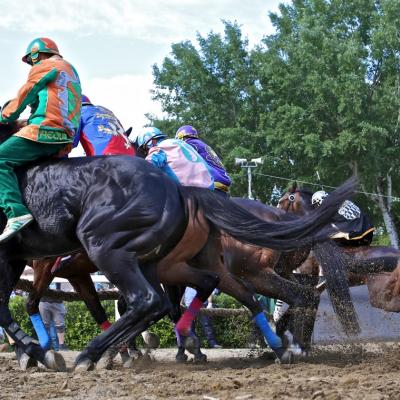 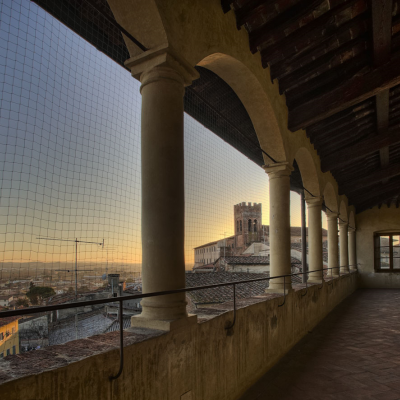 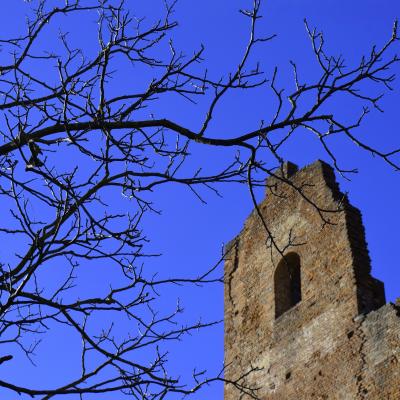 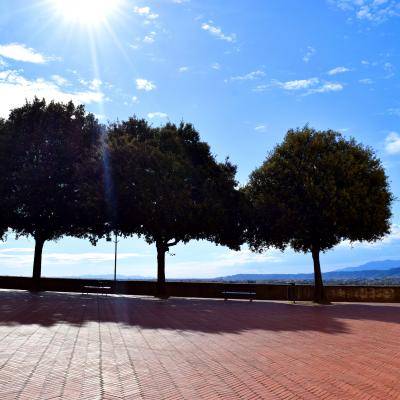 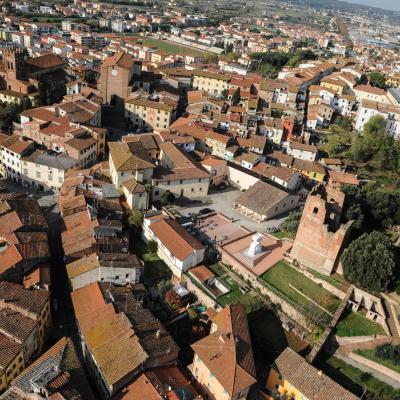